Accomplished and innovative jazz saxophonist Neill Duncan, who sadly passed away at the end of 2021, knew all too well that access to a one-handed instrument could be life-changing. When he became an upper limb amputee, he said of his one-handed saxophone, “It’s given me my music back. It’s given me my passion back. It’s given me my job back.”, Maarten Visser, creator of said instrument, recounts his collaboration with Neill. He is joined by Rachel Wolffsohn, OHMI’s General Manager, who reflects on the impact Neill’s performances had on others. 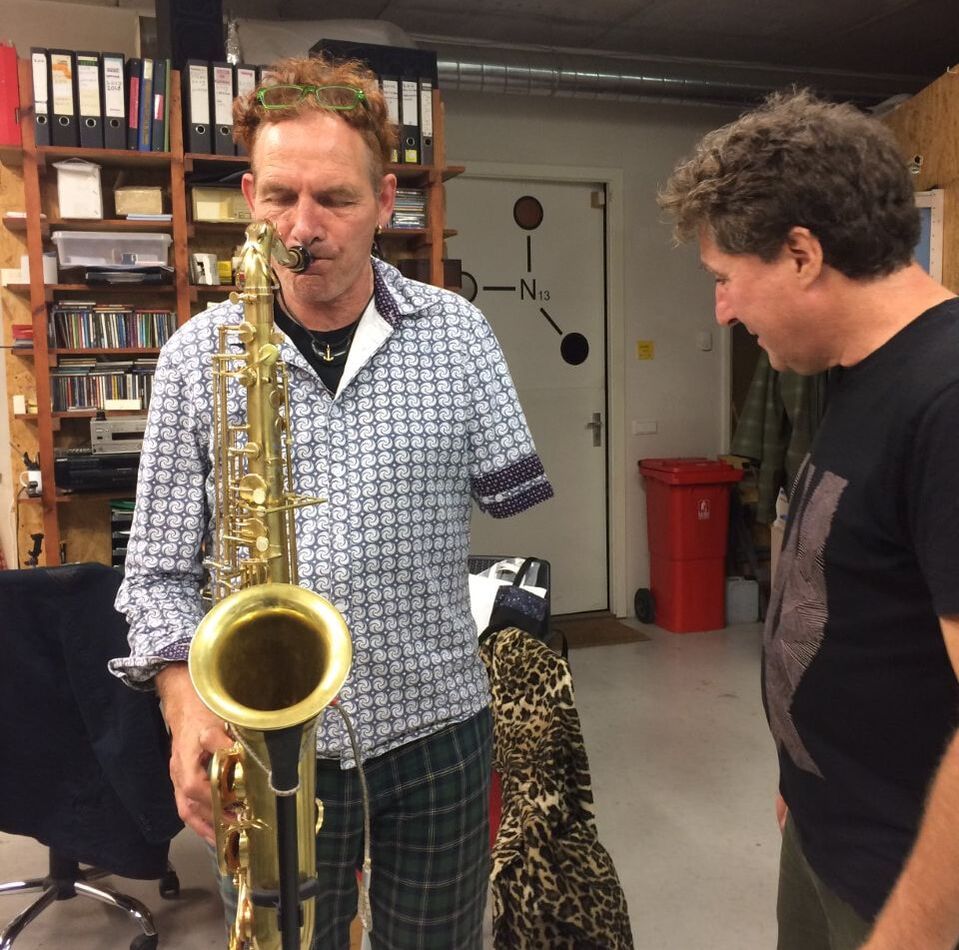 Neill Duncan and Maarten Visser collaborating at Flutelab NL credit: Naomi Parry
“It was a sarcoma diagnosis as an adult that led to New Zealand-Australian Neill becoming an upper limb amputee. Even as he was undergoing his operation, his friends from the band were contacting me to see if I could offer a solution that would help Neill continue to play. It was inconceivable to them that they would lose him from the group.

Understandably, Neill thought this would be a natural end to his saxophone playing – an activity which he derived pleasure from but, importantly, also an income. From our earliest conversations, Neill made it very clear to me that he needed an instrument that he could truly work with.

How you hold the weight of a heavy instrument like the saxophone is one of the key issues when designing a one-handed version. On a standard instrument, it is the hand that holds and stabilises the instrument. On an adapted instrument, a stand takes on this role. That means there are implications in terms of how a professional musician plays beyond the sound they produce, and in terms of how they move around the stage.

Although my adapted stand at least allows a musician to play either in seated or standing position, and has been designed to allow the musician to assemble the stand without assistance, it is one example of how an adapted instrument and its enabling equipment often requires compromise. Understanding the brutality of these choices can be difficult for a musician to accept, but Neill was very much the pragmatist.

Moving on to the instrument itself, we set about finding a solution that would allow all twelve notes and an octave to be played using only five fingers. This required some clever redistribution of all the functions.  I added a system to the saxophone to allow one finger to hold as many as four different positions.

I am not a great musician myself so I really need accomplished musicians like Neill to validate the design process. When I’m partnering on a collaboration of this nature, I also need someone who is able to communicate well. As the design reaches its more technically demanding stages, the quality of the adaptations rely, in large part, on the quality of the communications.

Neill was always clear in articulating what he needed from my work. My initial design had put the high notes out of the way (based on my own assumption about how often they might be needed). In order to fulfil his role as a virtuoso player, Neill needed these keys to be easily available. The design evolved as a result to include additional side keys.

Once the instrument was in Neill’s possession, the proof was clear to see; here was an instrument that could be played well. Neill often said that pushing keys down to open, not close holes, messes with your head! Although so counter-intuitive, he was determined to master it, and had the opportunity to bring it to the world stage when he was chosen to perform at the 2016 Paralympic Games.

Fabulous footage of Neill playing his new saxophone was the perfect evidence needed for an entry to OHMI’s competition, which challenges instrument makers, designers and technicians to create and develop musical instruments that can be played without the use of one hand and arm. I’m pleased to say that my one-handed saxophone was a winning entry in the 2016 competition.

When I look back at what Neill and I achieved, it is with immense pride. I have no doubt that it will pave the way for other saxophone players affected by disability, to continue with their musical journeys.”

Rachel Wolffsohn, considers the wider impact Neill had in challenging perceptions about music-making with a disability,

“Neill had an innate understanding of the power of music-making; and how it feels when this gift is taken away. Music provides inspiration, of course, but it was the instrument that Neill, and so many others who heard him play, believed to be a source of inspiration in its own right; for it sowed the seed for other ideas and technology that would enhance the lives of those living with disability. It’s something he articulates very eloquently in his interview with Australia’s Hope 103.2 Radio (which is available here).

Prior to his death, Neill very generously bequeathed his instruments to OHMI. His legacy and love for music lives on, and we look forward to making his instruments available to others in the near future.  Our sincere condolences and thanks go to his wife, Naomi, for helping fulfil Neill’s wishes in this regard.”

A performance of Neill and fellow one-handed saxophonist David Nabb can be viewed here. 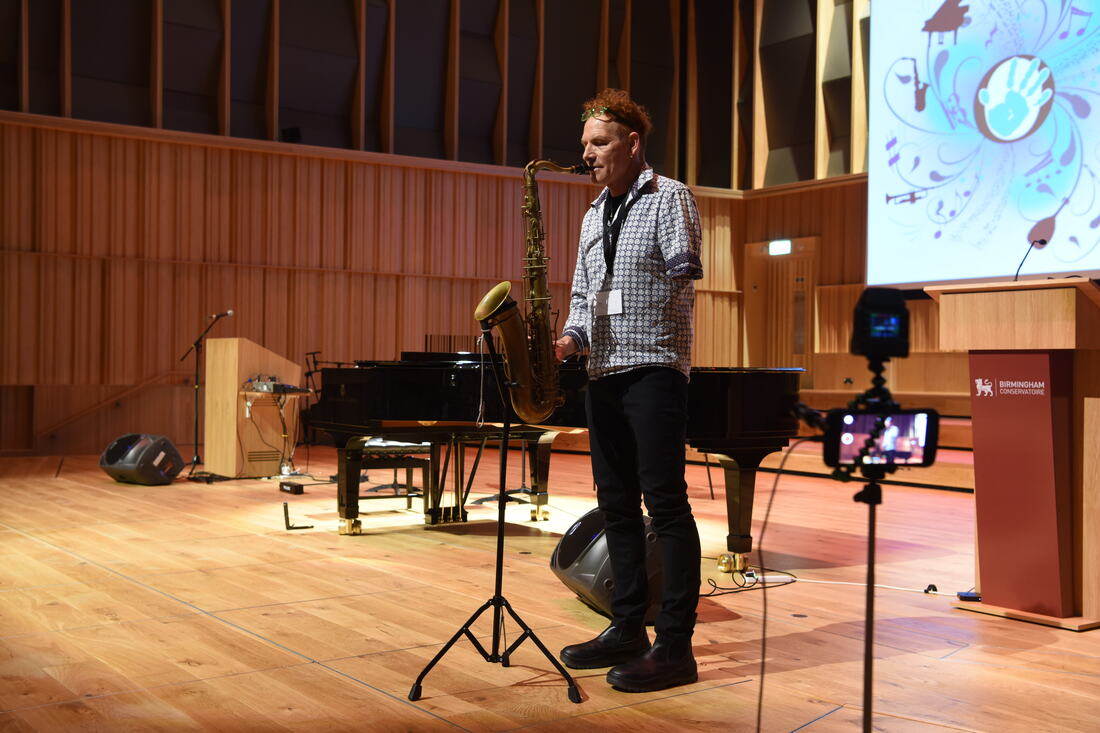 The instrument is a source of inspiration in its own right, beyond its ability to create music; for it sowed the seed for other ideas and technology that will enhance the lives of those living with disability